The battle for the world’s strongest beer is still raging.

It began around 2008, when Georg Tscheuschner – himself a master brewer and founder of the Schorschbräu brewery – learned about a beer with around 27% alcohol. Such a high alcohol content, Tscheuschner knew, can no longer be achieved by normal fermentation. His interest was aroused and so he tinkered with his ice buck method. In order to make an ice buck, a normal fermented buck beer is frozen with the highest possible alcohol content. Since water freezes much faster than alcohol, you get a buck beer concentrate with significantly more alcohol percent.

In 2009, Georg Tscheuschner put his ice buck on the market with 31% alcohol and shortly afterwards put it with an ice buck, which was a fabulous 40%. With these beers, the Schorschbräu brewery won the title “The strongest beer in the world”.

The competition for the strongest beer in the world

For several years now, 3 breweries have been running head-to-head for the title of “strongest beer in the world”. The opponents are Schorschbräu from Germany, Brewdog from Scotland and Koelschip from the Netherlands. The Brewdog brewery reacted to the world record of the Schorschbräu Eisbock (40% alcohol) with its “Sink the Bismarck”, which with its 41 vol. % Alk. exactly 1% above the Schorschbock. One year later, Schorschbräu responded with a strong beer with 43 vol. % Alk. and reclaimed the title.

For example, the title wandered back and forth between Scotland and Germany for a while, until Brewdog launched a beer with 55% alcohol in 2011 and declared the competition, also known as the beer’s name , “The End of History,” to be over. But Georg Tscheuschner did not make it so easy for the Scots. He has reclaimed the record of the “strongest beer in the world”, with an ice buck called “Schorschbock 57” cooled down to minus 60°C.

Unfair game for the title?

2012 was the year of records and immediately of great doubt. The previously unbeaten Schorschbock 57 (57.5 vol. % Alc.) was replaced by the “Start of the Future” by ‘t Koelschip. A short time later, a new brewery called Brewmeister grabbed the title with its Armageddon (65 vol. % Alc.) and a little later with the Snkake Venom (67 vol. % Alc.). Since the end of 2012, the strongest beer in the world is said to come from the Netherlands, it is the “Mistery of Beer” with an incredible 70 vol. % Alc.

However, there is much discussion about the last 4 alleged strongest beers in the world by ‘t Koelschip and Brewmeister and doubts that everything went right during the brewing process. Rumours and speculation swell, many beer derivatives and hobby brewers question the alcohol content of foreign beers. If true, the Schorschbock 57 would still be the strongest beer in the world. Georg Tscheuschner also demands independent laboratory tests. He himself can sit back and relax, because his beer was tested by the Customs Technical Training and Testing Institute in Berlin and an alcohol content of 57.7 percent was proven.

The ranking of the strongest beer in the world

What does a beer with well over 30% alcohol taste like?

In terms of taste, these beers are more similar to aroma profiles as they are known from whisky, brandy or sherry. Usually a strong malt sweetness, smoke or wood barrel aromas and of course a dominant alcohol note dominates. As a result, such a strong beer is not comparable to most known beers. What is interesting, however, is how diverse and varied beer can be.

Of course, these beers should not be drunk in one go after gardening, but you should take your time, e.B. evening in front of the fireplace, poured into a cognac glass to make the aromas work.

Tip for the house bar or beer cellar

In our opinion, a selection of such beers belongs in every bar counter at home or beer cellar. They are the best substitute for other high-percentage alcoholic beverages and can also be perfectly combined with various dishes such as game dishes or desserts. There are big differences in price, so a bottle of Schorschbock 57 costs around 199€. But then you get a noble and above all strongly limited ceramic bottle in the wooden box.

You don’t have to worry about durability. Dry, standing and reasonably dark, these beers are durable for years. It is even said that these beers become like a good wine, more aromatic and better the longer you store them. 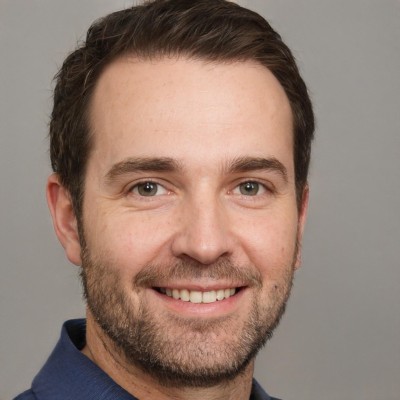 View all posts by Jens Metzger