Beer contains over 2000 flavours and is therefore more aroma-rich than wine or spirits. When beer is talking about aromas, it is actually the molecules in the beer that are perceived by our sense of taste and smell. There are even research attempts to separate the aromas in the beer, which can even make a beer up to 8000 different flavors or molecules.

With the human taste and smell nerves, many of these 8000 flavors are naturally unrecognizable, even through exercise. Nevertheless, beer, especially craft beers, offers a wealth of different flavors. Some aromas are quickly recognizable during a tasting and some aromas literally require a “sniffing nose”. Again, we smell and taste other flavors, but we can’t associate them in the brain because we don’t expect to find those flavors in a beer.

27 amazing aromas in beer you can discover

Worth knowing: Only the fewest aromas are perceived by the taste buds on the tongue. These taste buds can actually only reflect the mouth feel. This means whether the aromas in the beer are sweet, mild, heavy, astringent, sweet, sour, salty or spicy. We absorb far more aromas through the nose and, of course, by combining smell and taste. Ultimately, our brain also plays an important role, because the absorbed aromas are associated with known odors or a known taste in the brain.

These aromas come from malt. While roasted at Darren, the malt develops coffee aromas. These are common in dark beers such as Porter or Stout. There are aromas from mild coffee to the strong mocha to taste. Rarely, even real coffee beans are added during the brewing process or fermentation.

Chocolate aromas also come from malt. From the delicate Alpine milk chocolate to the intense bitter chocolate, all these aromas can be found in a beer.

Aromas that remind you of yoghurt drops usually come from a top-fermented yeast and fruity aromas of hops. Some beers also contain lactic acid bacteria, which make the beer taste rather sour.

In fact, there are some beers that smell like hospital or pavements. The aromas come from the yeast and the usually higher alcohol content of the beer. This creates a smell reminiscent of phenol.

A beer can also smell like tobacco. However, this is not so much the cold smoke of a cigarette as the smell of dried tobacco. This aroma is usually produced by a dark malt and a hop with dry aromas.

There are beers that smell soapy. This means that it smells relatively sweet, slightly floral and greasy. The fragrance is created by the hops, yeast and the malt in the beer.

Really, liver sausage! During a stout fermented with Belgian yeast, I have heard this aroma myself.

This aroma is particularly produced in smoked beers where the malt used has been dried over fire smoke. This creates aromas that a smoked ham also brings with it.

Tar aromas can also be found in a beer. They are also produced by heavily smoked malt or can be revealed by a wooden barrel storage.

Butter aromas are produced by diacetyl and produced by the yeast in beer. It is therefore quite normal that a beer can taste like butter or sweet caramel canons. However, too strong a butter note is also an indication of a beer error.

If a beer tastes like liquorice, it’s not everyone’s taste. The aromas are created by roasted malt and yeast.

The aroma of burnt bread bark comes from malts that have been drowned under high heat.

Fresh, herb-like aromas in beer are often reminiscent of hay. These aromas are created by the hops in the beer.

Lighter malt, which is used in large quantities in beer, reveals aromas of biscuit. It is reminiscent of a delicious, fresh and slightly sweet cake bottom.

A delicious fruit cake can be smelled and tasted when the beer shows multifaceted and not exactly definable fruit aromas and also the malt provides a fine biscuit note.

Hops give off their aromas in the form of hop oils. Depending on the hops, such resinous aromas are created in the beer. In some cases, these are also reminiscent of pine needles.

Honey is a common characteristic of some light strong beers. The light malt used, which was used in large quantities for brewing, is reminiscent of honey.

Lemon or lemon peel is a common aroma in Pale Ales or India Pale Ales, they come from hops and bring a fine acidity and very fruity aromas to the beer.

Apple aromas are not so rare in a fruity beer. However, these are often only recognizable at the “second glance”. Apple aromas come from certain hop varieties. Canned apple is then less found in beer. This aroma is created by the hops but also by the malt, which brings with it a candied sweetness.

Dark beers often show a very nutty, slightly greasy character. The aroma is created on the one hand by dark malts and by fermentation.

A beer can smell like a variety of flowers. Roses, carnations or geranias are not uncommon. The aromas are created either by hop varieties with floral aromas and/or the yeast variety. Especially top-fermented wheat beers often have a typical clove scent.

The scent of varnish or solvent can also be found in a beer. If this is too pronounced or cannot be overlaid by other aromas, this aroma is perceived as unpleasant. Fermentation and subsequent alcohol content in combination with certain yeast varieties is the reason for this aroma.

A beer that tastes like vegetables? Unimaginable… or, actually not so absurd. Some hops provide vegetable aromas such as .B peppers or soup greens. These aromas, of course, only appear very discreetly in the beer and do not disturb the taste buds. If a beer tastes too much like vegetables, this also indicates a beer error.

What is special about fruity aromas, perhaps at this point one or the other questions. So far, the fruit aromas are one of the primary flavours and are contained in virtually every beer. But did you know that beer can taste like watermelon, peach, lychee, pineapple, maracuja, mango, strawberries, raspberries and really sweet grapes?

A lot of hop new breeds in recent times makes this possible.

Polaris is the name of the hops, which are said to conjure up the aroma of glacial ice candy in the beer. However, they are only secondary aromas of the hops and you need some imagination and a trained sense of smell to recognize this aroma.

These were our 27 amazing aromas in beer. We can look forward to seeing what the future holds. This is because beers are increasingly being stored in wooden barrels. What is common with whisky as “wood finishing” is now also done with beer. If the wooden barrel then had a preoccupation, e.B. with rum or tequila, completely new and diverse aromas are created in the beer.

In addition, new hop breeds are constantly coming onto the market, which in turn bring new aromas and aroma combinations. 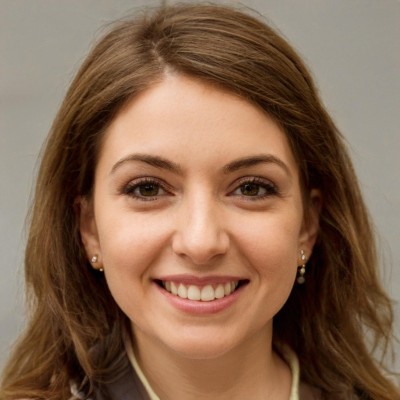 View all posts by Anja Weber